More so than their more eternal contemporaries the Beatles and the Rolling Stones, the Beach Boys are assuredly of their time and place.

the music is so resolutely, perfectly of its era

But summer days can’t last forever, and despite delivering one of the most influential albums in music history with 1966’s Pet Sounds the band was torn up by a years-long cacophony of mental illness, substance abuse and legal wrangles. 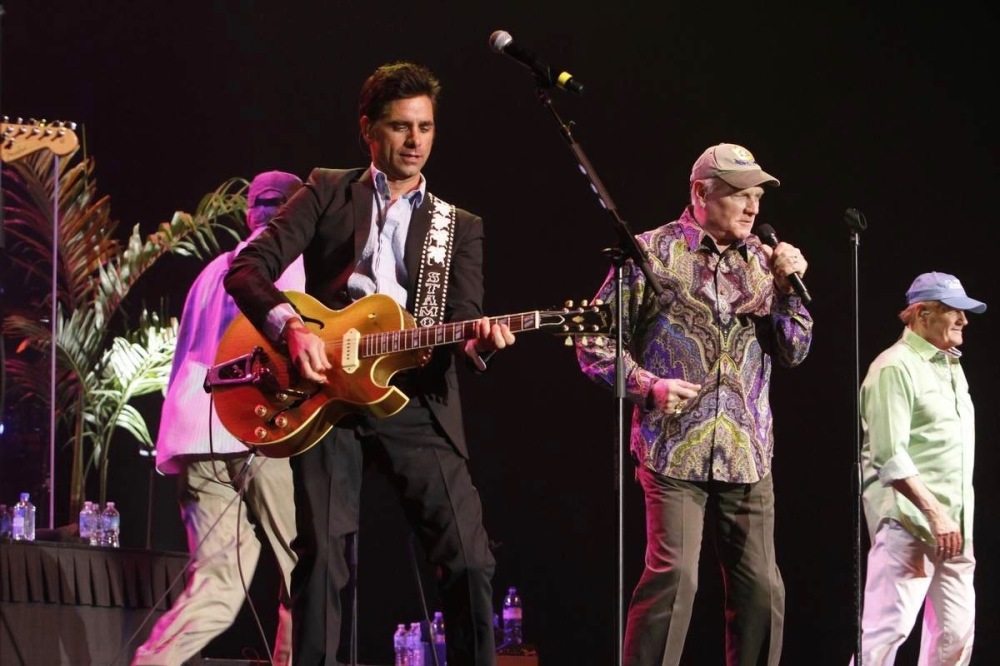 While the Beach Boys remain one of the most commercially successful, influential and critically-acclaimed bands of all time, only Mike Love and Bruce Johnston remain from the original line-up, transforming the group into a philosophical thought experiment; at what point are they not the Beach Boys anymore? (Or, ‘the Sugababes effect’).

the sheer strength of the songwriting still shining strong

Bolstered this time round by charisma firehose and former ER/General Hospital alum John Stamos, alongside some on-warble new band members and a whole bunch of fake plastic trees, the music is so resolutely, perfectly of its era that to see them live today is to be teleported back to those heady Californian days.

With the sheer strength of the songwriting still shining strong like sunbeams on the bonnet of a little Deuce Coupe, god only knows where we’d be without them.