Director Patty Jenkins has delivered something the comic book film genre has been waiting for, something audiences didn’t even know they wanted.

Getting the drop on contemporary competitors Marvel Studios and delivering something with potentially quietly seismic repercussions for future entries into the gilded pantheon of cinematic superheroes.

It means truthfulness. Reliability, authenticity – and most critically here – sincerity.  It was the mantra of Richard Donner back in the late seventies too while crafting the first big-screen version of Superman; the progenitor of today’s multi-universe costumed crimefighter sagas and an incredibly influential film in its own right. 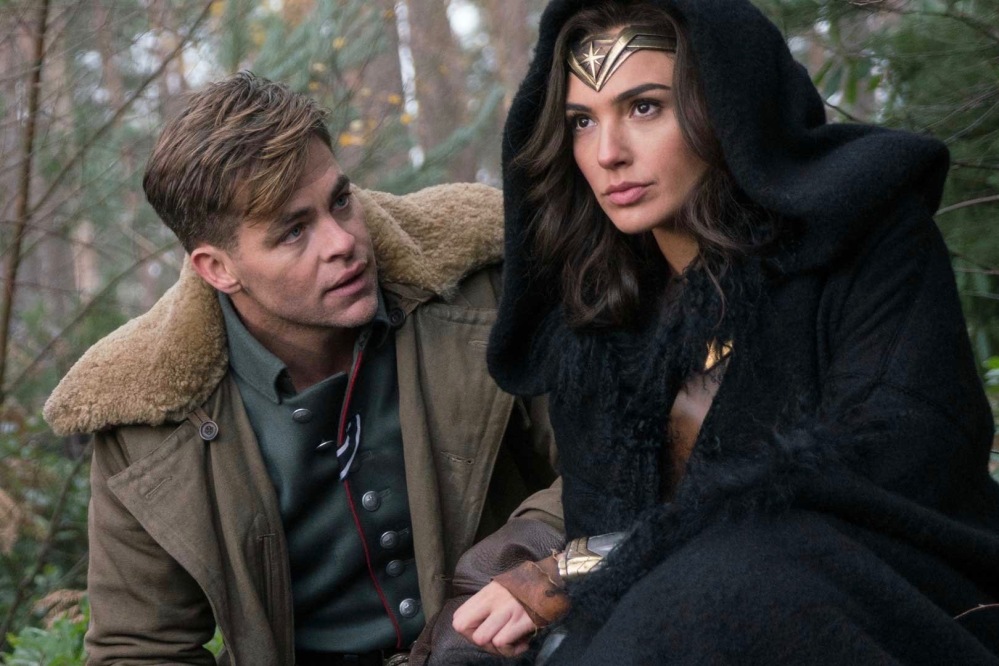 Donnor wanted us to believe in the myth. He did that by making his crew, and by transmission, the audience, commit and embrace sincerity.  What was happening on screen was totally extraordinary, sure, but it was actually happening. The story and characters have to be earnest, and everyone has to believe to make it feel real.

bypassing the revisionism of Logan and the Dark Knight

That’s the grand trick Jenkins has pulled off with Wonder Woman; wrenching the genre from the sturm und drang of Batman v Superman, bypassing the revisionism of Logan and the Dark Knight, and eschewing entirely the ironically-distanced snark of Iron Man and pals and leading the charge with hope and charm. She’s made earnestness great again.

Gal Gadot’s Diana is a god among gods. Drawn via a downed fighter pilot (Chris Pine) from her sheltered island paradise into a world blackened and broken by the Great War, Diana comes to believe – as many did at the time – that this is the ‘war to end all wars’, and by helping to end it she can bring lasting peace to mankind.

The film recognises the bloody century sitting between us and the First World War, deftly sidestepping obvious fatalism to instead give us a hopeful tale with a charming and bracingly earnest hero at its heart, one who will sacrifice everything to save even one person amongst a world of horrors. Wonder Woman asks us to believe completely and rewards us with an ideal to strive towards, a hero for our time.

Jenkins’ crisp direction follows the lead of DC-Universe establisher Zack Snyder; gritty, gorgeous visuals with deft use of slow-motion and a master’s eye for eye-candy hero shots. Thanks to excellent character work across the board from a charming, never-better Pine alongside Connie Nielsen, Robin Wright and Elena Anaya, the action feels earned and carries a surprising emotive weight alongside its concussive brilliance. The No Man’s Land sequence teased in the trailers, in particular, marries visual marvel with emotional gravitas to deliver a rousing spectacle for the ages.

In a breakout role that will inspire people the world over to find the hero within, Gadot has more than earned the tiara. Her performance already warrants its historic place alongside Christopher Reeves’ legendary turn as the sincere Superman of the 1978 Donnor film, restoring earnestness and hope to the genre.

Hope, both within the confines of the film and beyond, is Wonder Woman’s greatest achievement.