Caught between the moon, a muggle and New York City, Fantastic Beasts flips the shuddering hinge near midway through its running time and takes us through Newt Scamander’s magically-expanded suitcase.

Ostensibly persuading lovable non-magical human (and Potter-lite audience surrogate) Jacob Kowalski to assist in the search for the titular fantastical beasts, the extraordinary scene that follows not only convinces the character entirely, it works overtime to shift the narrative of the franchise. 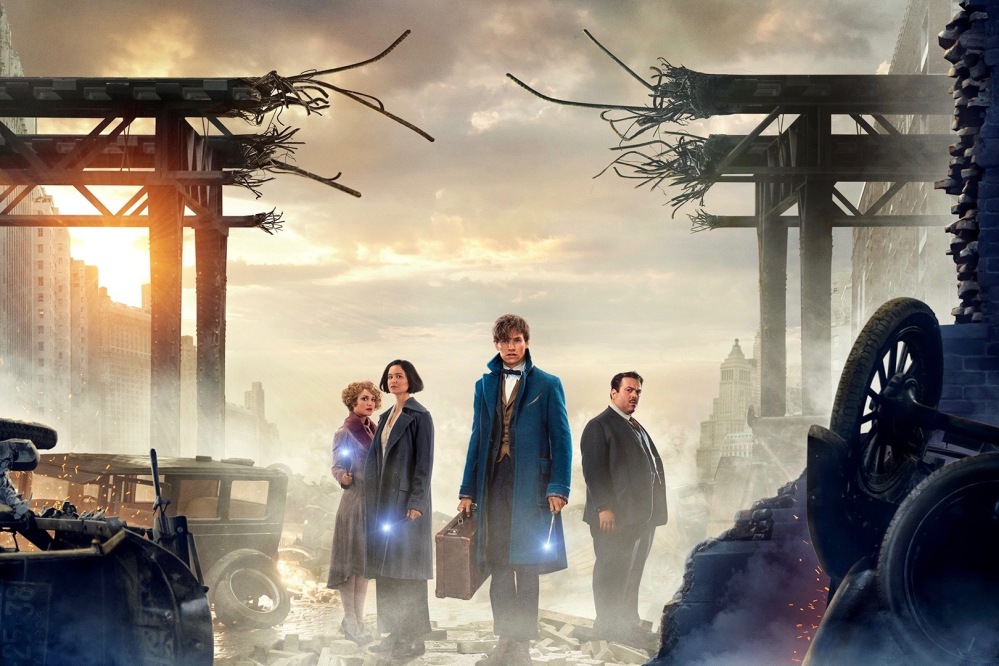 As some of the most enchanting and imaginative mass-market fantasy this side of the 21st century unfolds beneath a crisp, star-spattered New York skyline, we are moved assuredly – and reassuringly – into J.K. Rowling’s Wizarding World; Warner Bros’ freshly-minted media/entertainment brand and shared universe film series inspired by the Harry Potter novels, of which the previous eight-film adaptation is now seemingly just the beginning.

While a corporate move delivered successfully no doubt to the sweaty applause of the knut and sickle-counting financial types cloistered in a Burbank boardroom, this should not tarnish the delirious creativity and sheer wonder on display, and the deep seam of care for this world and the people who love it evident throughout, because, as will become apparent, we could really be onto something here.

Opening in New York city a good seventy years-and-change before any fat English suburbanite ever dreamt of locking a scarred orphan under a staircase, we find ourselves in the company of Newt Scamander (Eddie Redmane), a waifish wizard carrying a tardis-like briefcase full to the ethereal brim with magical creatures. A chance encounter with witch-and-wizard-averse Mary Lou Barebone (Samantha Morton) distracts Newt and leads to a creature escaping from the briefcase, causing all manner of very public havoc. With Newt taken into custody by the Ministry of Magic, cannery worker Jacob Kowalski (Dan Foggler) accidentally does off with Newt’s briefcase and the gears are set in motion for fantastic beasts to be let loose, and, of course, found.

As with all of Rowling’s work, the lore is rich and dense, infusing the outskirts of the Newt/Jacob buddy comedy at the heart of the film. It turns out that Mary Lou Barebone is abusive mother to Credence (Exra Miller), who Director of Magical Security Percival Graves (Colin Farrell) offers to help in exchange for his help in finding the host of a destructive force Graves believes is the source of recent destructive magical incidents in the city. 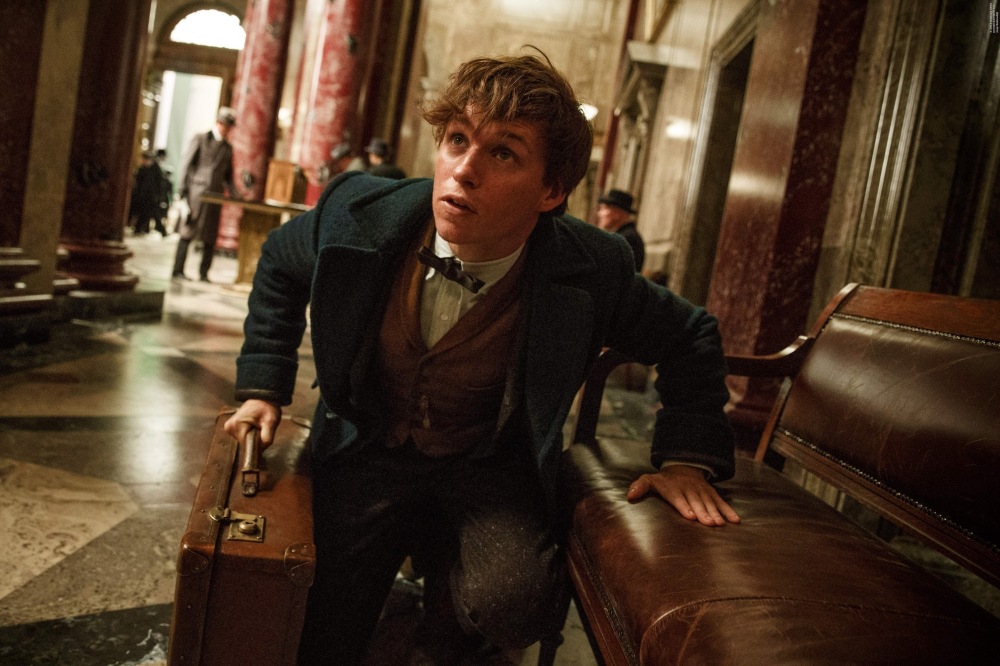 With the more rarified elements of the plot and the wider Rowling universe only really coming to a head as the film enters its climactic act, its apparent that we have – seemingly more by design than dark accident – entered a post-plot world for this next stage of this titanic franchise. This, far from being a bad thing, is critical to the success of Fantastic Beasts and the unbridled fun within.

while the Potter films were always very good, it’s safe to say there was never a great one

The Harry Potter film series, with $7.7 billion in worldwide receipts to its name, is second only to the Marvel cinematic universe. But while the Potter films were always very good, it’s safe to say there was never a great one. The series never had its breakout moment, its Dark Knight or Empire Strikes Back; the one that transcended franchise confines and became recognised as a truly great film in its own right.

Yet, the ingredients were there. Despite the rich universe, characters and talent involved, one thing held the franchise back. Plot. Slavish adherence to hitting the beats of the books. Notwithstanding Alfonso Cuarón sailing close to the sun with 2004’s Prisoner of Azkaban and a mid-series course-correction to focus only on elements which directly affected Harry and his journey, the series never truly escaped the self-built cage around it.

While it remains to be seen whether this new era has the moxie to deliver on the unspent promise of its predecessor, for Warner Bros and Rowling (making her screenwriting debut, no less) to kick off the series with what is for the most part a hangout movie in period New York featuring a cast of interesting adult characters – played across the board by a drum-tight cast – in a series of fantastical, beautifully-realised vignettes, is an incredibly bold move.

an extremely solid start, and a highlight of the entire franchise to date

With the plot shackles cast aside, the cinematic realisation of J.K. Rowling’s extraordinary imagination finally has the chance to soar like a liberated hippogriff, delivering a film for the ages. For this, Fantastic Beasts is an extremely solid start, and a highlight of the entire franchise to date.

Whether going in cold or already deep into the world, let the film into your heart and you’ll be rewarded. When you get caught between a muggle and New York City, the best that you can do is fall in love.