There’s one in every pub that hasn’t seen neither new carpet nor feather duster in over 30 years.

We’ve all met them. The old charmer from the emerald isle with a pint in his hand, a glint in his eye, and a back catalogue of middle of the road chirpy banter finely-honed at social clubs across the land. Sure, it’s nothing new, but damn it if you just can’t help but be won over by his raggedy charm.

Jimeoin is warm, harmless, and he knows his niche and revels in it 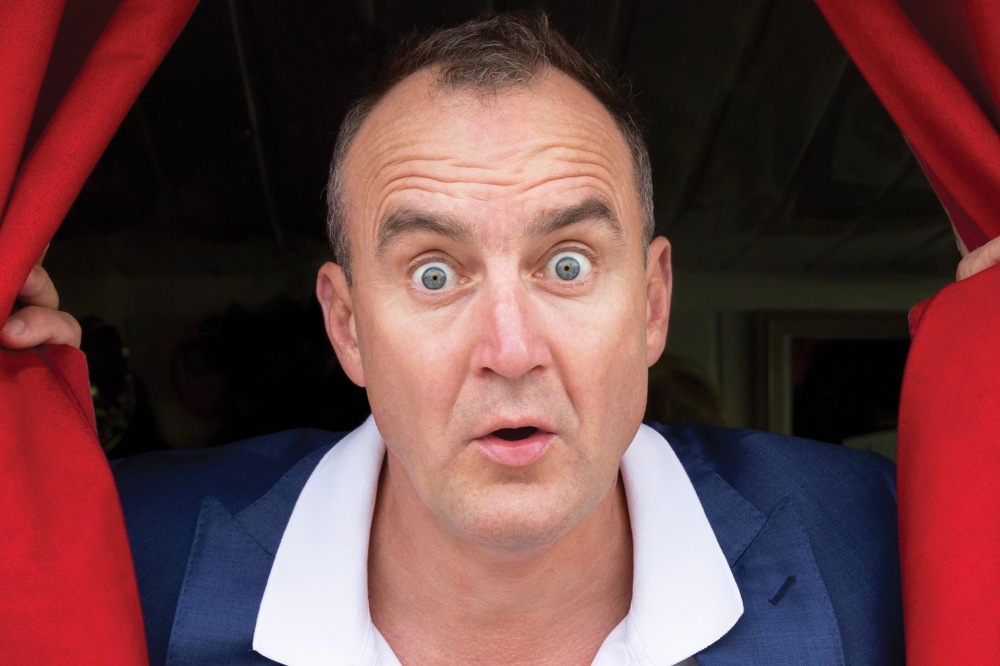 Following an early nineties ascent to fame in Australia, James Eoin Stephen Paul McKeown shortened his name and lengthened his reach with a boatload of TV, film and writing credits under his belt alongside wildly popular live appearances across the world, not least a number of extremely well-received and perpetually sold-out Australian tours.

Resolutely inoffensive and distinctly family-friendly, his latest breezy show sees him grabbing low-hanging observational comedy fruit, throwing down some early life anecdotes (including a roof-raiser about the time he stabbed his brother, worth it for the follow-up revenge bit alone), and mugging it up for all it’s worth.

Wrapping up with a brilliantly surreal music-based last ten minutes, Jimeoin left the fans in stitches and the newcomers carried along with them. Like everyone’s favourite public house roustabout bringing joy from table-to-table, Jimeoin is warm, harmless, and he knows his niche and revels in it.