Thoroughly tickling North East audiences over the last couple of years, this Live Theatre-spawned comic septet brought the roof (and the fourth wall) down at their home venue.

Starting from a blisteringly immediate cold open, the group burst out of the curtain swinging for a furiously paced, wildly varied, and incredibly well strung together show from writers Lee Matinson and Laura Lindow; a riotous, unforgettable preview of their sure to be breakout Edinburgh Fringe show performed startlingly up close and personal to a packed out room.

The cast are revelatory, and assuredly one of the most interesting ensemble comic groups we might have seen in any medium for quite some time

Meta magic is sprinkled throughout the show, most notably when suddenly being in the audience of a badly-produced and increasingly sinister Waltons-esque TV programme peppered with bad actors, clipped canned laughter, and the sudden appearance of a sentient and ill-willed beard. 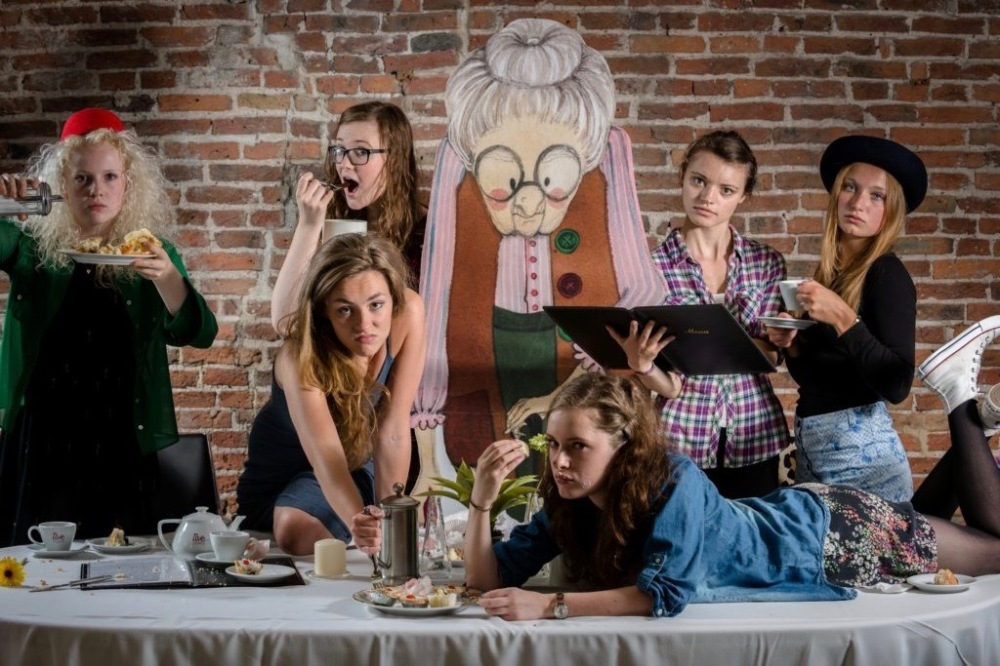 The cast are revelatory, and assuredly one of the most interesting ensemble comic groups we might have seen in any medium for quite some time. Bringing together the most talented members of Live’s Youth Theatre, the Your Aunt Fanny project aims to nurture the next generation of stellar female comics, and from the looks of things the project is in very rude health indeed.

the beginning of something special, and potentially classic

Alternatively mugging it up for all it’s worth in some areas, while being so subtle in others the belly laugh doesn’t land until the penny drops in the Uber home, this lot will be one of the highlights of the Fringe in anyone’s packed diary, and the show itself would hold up massively well on multiple watches – not just for the thick, clever detail ladled into it, but simply because it’s flat-out hilarious.

After barreling relentlessly through a raucous, curveball ending that sails close to one of Monty Python’s most iconic moments, you’ll leave this show with that rare glowing feeling from not only laughing so hard you’re sore, but also witnessing the beginning of something special, and potentially classic.